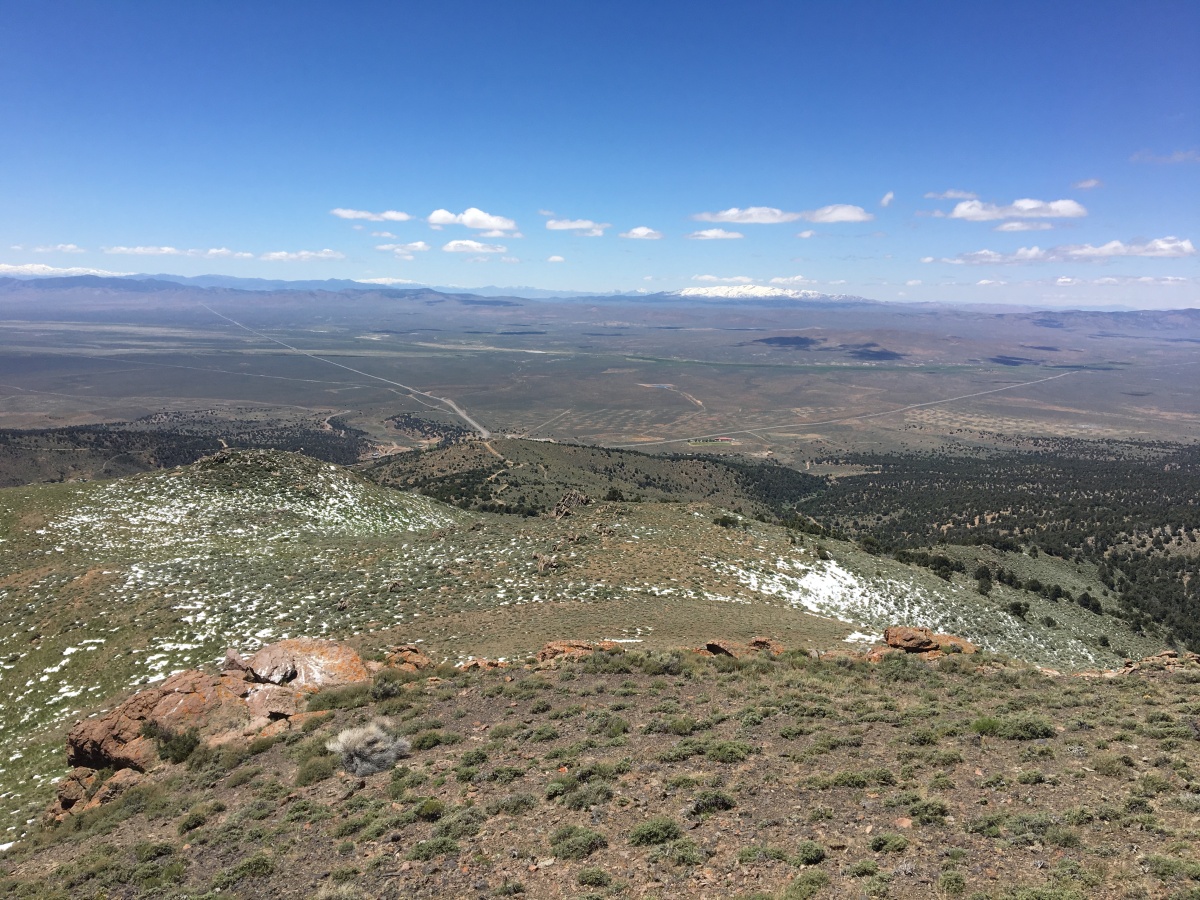 I volunteered to help with communications for the Pony Express re-ride. I also figured it would give me an opportunity at parts of NV I probably will not see often. Lets just say that Golden Earring wrote “Radar Love” with US50 in mind. I drew a section near Austin NV, but because of some recent weather issues my first assignment was unattainable. The second assignment though was no problem as I followed along the horse along the highway. There is not a lot out that way, it is very dark, it is very quiet, all the things you would normally find in an off the radar backpacking trip. I ended up sleeping near Cold Springs Station, there was a pull off with a bathroom, blah blah. It was also just far enough away from Austin that it was out of the weather. That said, next morning, I rolled back to Austin and grabbed breakfast at the only cafe in town open, and met up with Jeff and Sue from the SIERA amateur radio club and we had breakfast. Also met up with some other folks from the Pony too. After breakfast I checked the SOTA map to see what was close by.. There are four 10 pointers, a few 8 pointers south of Austin but the roads were a mess. So I opted for Mount Prometheus right outside of town and right off US50. A short run of off-road, and parked I was. There is no trail, just park somewhere on a BLM/Rancher/Forest service access road where you feel comfortable and start walking.

. For where I parked the walking was pretty easy. Made the first small ridge and then contoured across to the structure the peak is a part of. I maybe hiked a mile, not the hardest hike I have ever done. The summit has two different Geodetic markers, but they both say the same thing, and they are about 10 feet from each other. A rock pile and such on the summit make it easy to erect a mast for your antenna. This is one of the first times I erected solely in an NVIS style angle on my antenna wire. I was able to get my four contacts pretty quick, and because of the nature of why i was out there, I opted to boogie off the summit pretty quickly so stopped at four QSO. I had 1 contact on 20m (W0MNA) everything else was on 40m. The bands were being REALLY bad at this time. For the Pony comms we had hoped to run an HF relay on a couple of peaks and the conditions were not such that we could. The topo above should give you some idea of how easy of a hike this is..and reality is if there had not been snow on the road I would’ve kept driving for an easier summit hike. Keep driving north on that BLM approach road and you can also get W7N/EL-064, Telegraph Peak.

Love playing in the outdoors, Amateur Radio operator. Since I love hiking and bagging peaks, I picked up Summits on the Air back in 2015. Made Mountain Goat (and Shack Sloth) in early 2019. Also do Search and Rescue in the Tahoe Area. Work in the tech industry. View all posts by Backcountry Saunters