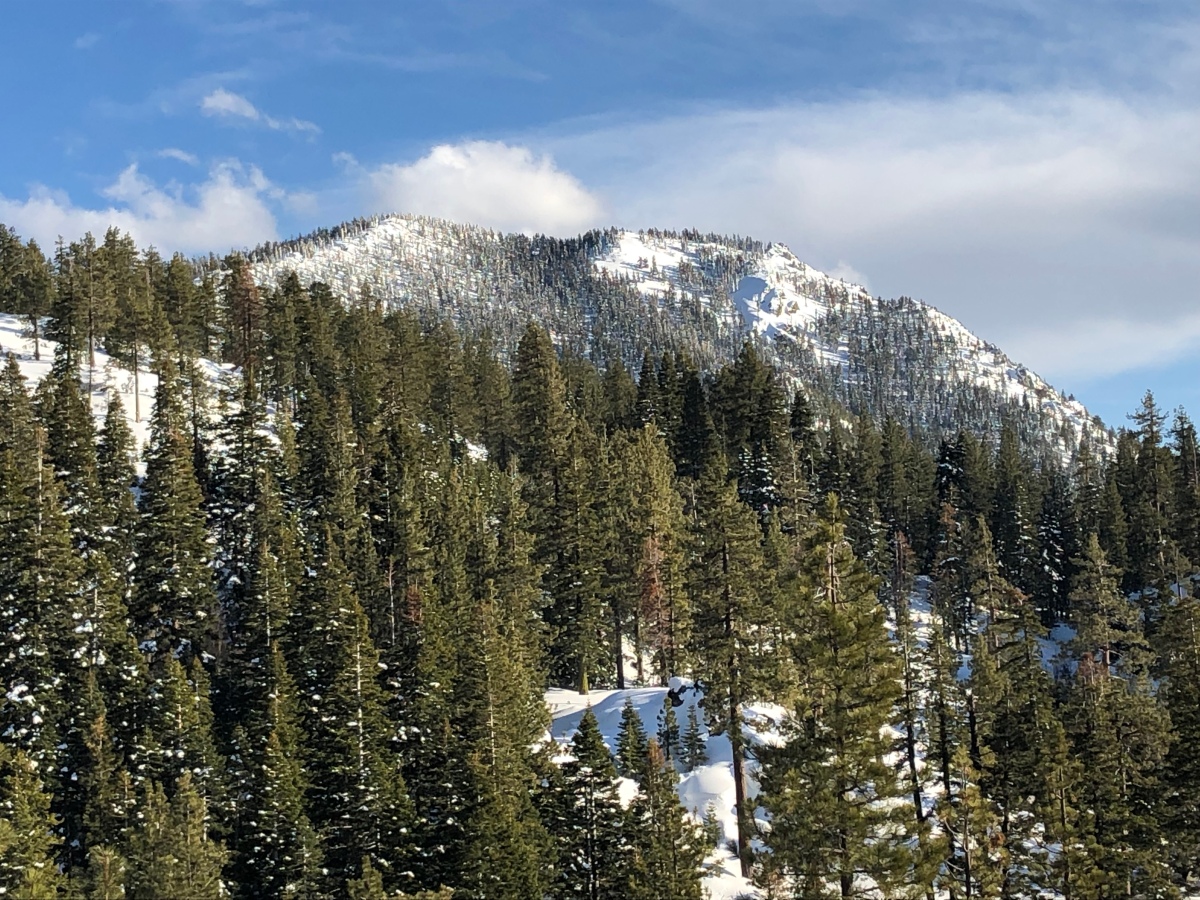 So for those that have been following me in anyway know I’ve had a desire to knock off all the peaks that are in some proximity to the Tahoe Rim Trail.  This was also the final weekend of the W7N bonus weekend (W6 cuts out on 3/15, that is in the process of getting updated though).    There are three possible ways to get to this peak, and as a day hike, all are kind of ambitious.  Doing this when there is still a good amount of snow on the ground amps up that factor more.

So the three possible ways to access this peak are from Tahoe Meadows on the Mt Rose hwy, Spooner summit to the South of US-50.  Both of these are primarily the Tahoe Rim Trail.  I chose to use the Flume Trail/Tunnel Creek route to go up, then hop over towards Twin Lakes.   According to my CalTopo route this should have been ~5.23 miles each way and 2722 feet elevation gain.  Mt Rose to Herlan peak is ~10 miles each way and has a fair bit of up and down (+2050, -1830 elevation change).  Not quite ready to drop a marathon on snowshoes since most of the stuff up high was fluffy and untracked.  Half Marathon?  No problem.

I have done my fair share of 10-15 mile snowshoe hikes, but the 2600 foot elevation gain was adding to the pucker factor some, fortunately DST and the Spring equinox has kicked in, so we’re already north of 12 hours of sunlight per day.  I hit the trailhead approximately 9am and already started making shortcuts across the snow to decrease distance.  I really do love snowshoeing when there is a good base, do not have to worry about damaging existing trails.   Down low the snow was pretty firm, so I was making some good time.   Funny though the higher I went the fewer snowshoe/shoe postholing tracks were present.   About 2 miles up I was now breaking trail though on my own.

Even in the winter roads and trails still look obvious so navigating was pretty easy.   When I reached the top of Tunnel Creek trail/the Saddle I opted to stay along the ridge instead of dropping down to Twin Lakes.  So it was spring time, and not sure why I’d not considered this in my planning, but, I was starting to notice more and more bear tracks going between trees.

The uptrack ended up taking a bit longer then I’d hoped, especially since i was making good time earlier on, but off trail, and deep snow being what it is, it took me longer to go that last 1000 feet up then it did the first 1600.  Even with the short cuts and such, I ended up doing just shy of 6 miles.  I was not wandering around lost, I just think that the mapping software is not accounting for some of the switchbacks that existed.  (My uptrack is posted below).  If you are planning this route, anticipate 7-8 if you stick to the trail.

Once on top though, I was greeted with some amazing scenery.

One good thing about deep snow on the summit is uh..it’s easier to anchor that antenna mast..just shove it in, and step around it to pack the snow in.

So, I ended up with 20 QSO across 7SSB, 7CW, 10CW, and 14CW.  With 4 S2S.  20m seemed to be pretty good today as some of my QSO were the Eastern seaboard.   30m/10mhz was a bit iffy, I’m wondering if I was close enough to Slide Mountain that I was picking up interference from all the transmitters over there (~5miles North crowfly).

I used my KX2 and my QRPguys Tri-band vertical, and as usual it performed well.  That by far is my favorite setup.

The hike down I opted to overland navigate and stay on the Western side of the spine I ascended.  I was also wishing for my splitboard as the snow was amazing up high, and would’ve made from some awesome cold blower powder turns.    My shortcut worked out well, as i ended up cutting off a mile from my up track, and landed back on the Flume trail right where the signpost/tunnel creek turn off is.

After knocking off Herlan peak I now only have two left from the Rim Trail Challenge.  Ellis Peak and Scott Peak both of which are easy and in proximity to each other so I may just knock them out as an overnight backpack this Summer.  I just need to stop letting myself get distracted by all the other peaks (and travel) I want to do :D.

Thanks for stopping by.  Some more images are below.. 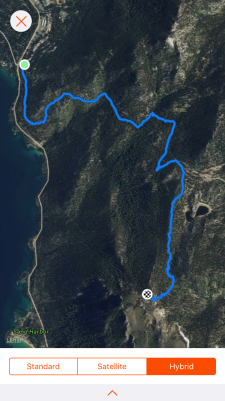 Wonder where the wind blows from 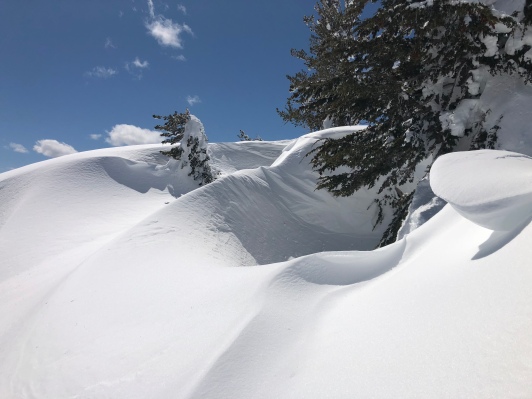 Crazy wind depositing on the summit. 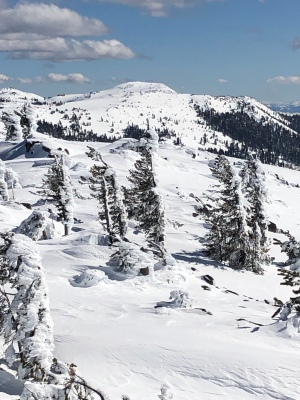 Love playing in the outdoors, Amateur Radio operator. Since I love hiking and bagging peaks, I picked up Summits on the Air back in 2015. Made Mountain Goat (and Shack Sloth) in early 2019. Also do Search and Rescue in the Tahoe Area. Work in the tech industry. View all posts by JDinSLT