(From April) Time for my spring trip to TN to visit the homestead, and I wanted to pick up some W4G action since I just finished mapping the SOTA peaks on the AT.  I will post that as a separate blog, as that was a very interesting planning effort, and maybe in a couple of years I’ll take the 4 months it will take to do the AT+SOTA as a single thru hike mission.

Anyway back to this trip, landed in Knoxville and picked up a 4wd since I’d heard that there was going to maybe be some snow in the area..  Wait, did I hear that right?  Snow?  it’s April, it’s the Southeast, again, SNOW?  Like they always said when I was growing up, do not like the weather, wait 10 minutes.   Dropped the son off at my dad’s, picked up a sleeping bag, pad and wool blanket then rolled down to the Blood Mountain trailhead for some sleep.  Finally drifted off to sleep around 6am, but woke up at 730 to start the hike up.. snagged some breakfast, downed a liter of water and hit the trail around 800am.   The crazy thing about the AT is that you do a LOT of UP climbing, and the folks that built the AT did not believe in doing switchbacks, I bet adding switchbacks to most of the major climbs would add another 500 miles to the AT ;-).  Anyway, so UP I climbed, to hit the summit of Blood mountain. It had rained the day before, then got cold overnight and a freezing fog moved in which made from some really cool rime ice on the trees and spider webs.  <insert frozen web here> While on the hike up the temps warmed up enough that the rime ice started falling off the trees, and dropping a fresh layer of frost on the ground.  The view was not that great today because of the heavy fog in the area, but I found a nice rock platform to sit on only to realize I was sitting on the Blood Mountain marker <insert marker here>

I was a bit early for the west coast on this peak, and ended up getting more 40 then 20 today.  Now that the contacts were slowing down, decided I wanted to snag a second summit, and realized I was very close to Brasstown Bald (NG-001) so opted to book it down the hill and hit that on the drive up to Carvers Gap.  FYI, this is a fee area with a good lookout platform up top kind of like Clingmans Dome, but it also has some towers on top that can inject some RFI..   You have the option to take the shuttle up, but this is SOTA, and the hike from the parking lot is ~6/10 of a mile and a couple hundred feet.  NOTE:  the parking lot is NOT in the AZ, so do not try and activate from there..(not that you should be activating from a motorized vehicle anyway 😉 ).

The bands either dropped out in the 2 hours since I left the summit of Blood, or there really was a good amount of RFI on the peak.  Quite a few folks though showed interest in what I was doing though, so I was helping “spread the gospel of Amateur Radio and SOTA”. while playing with various antenna angles and setups.  I started on the platform itself since no one was up there, but it did start to get crowded, so I moved across the road to the top of the walking route and setup there on a nice park bench.  Not that it helped much.  I managed to eek out 4 contacts with 1 being an S2S on 18m while on the peak today but even 2m was a challenge as I was trying to S2S with a guy who was on a peak 20 miles crowfly away.  I could barely make this guy on Clingman’s dome as well, (he was not doing SOTA, but was trying to act as a relay).  I’ve hit S2S on VHF for Clingman’s from Black Mountain in Kentucky, but yes I know conditions change, and other factors apply..still I was not that far from either the activator I was trying to hit, nor Clingmans dome in the grand scheme of things.

If you happen to be driving by Brasstown Ga, and have your gear by all means go bag this summit.

Growing up the section of AT from Carvers Gap to 19E was always one of my favorites, I’d managed a lot of volunteer trail hours and numerous hikes “across the balds”.  Hump mountain was always fun because it really is a hump up it when you are schlepping a pack.  I guess i’ve always enjoyed hiking UP mountains :D.   Anyway I decided early on I wanted to go ahead and snag Roan High Knob and Grassy Ridge as well on this trip to the East coast.  Leading up to this trip I’d been talking to KI4SVM hoping to meet up either OTA, or at some TH, and as an awesome turn of fate he joined me for the RHK and GR activations.   I love getting out with other folks as it allows me to see how others setup, and maybe how to change my own setup to improve my QSO count per activation.   Carvers Gap has always had some of the strangest weather in contrast to the region around it.   It can be 70 or 80 down in Knoxville and cold, blowing and snowing up there.   This trip was no different.  Woke up on Monday morning with an inch of fresh snow.  Needless to say, I broke a few of my own rules on preparedness today, but even if I had gotten in a pickle I was not that far from the trailhead, and I knew the area well enough that I am able to navigate it in the clouds pretty well.  Lets face it the AT is more of a trough in the ground, definitely well past the “well worn in path” stage at this rate of it’s life, so it’s kind of hard to get lost in the context of being on the AT.   So KI4SVM and I headed up to Roan High Knob with the intention that I would take the first hour for my own activation, and then I would book it over to Grassy Ride while Pat worked his own activation and then we would S2S and I would also get the SOTA complete for RHK.  The hike up to RHK is about less then an hour or approximately 2 miles (and is not as steep as Blood Mountain) from the trailhead at Carvers Gap, in the summer you can access from the upper parking lot and it’s shorter.  KI4SVM setup his antenna setup and it is based upon a setup I’d learned back in EC-001 so this may be one thing I am looking to add to my own kit depending on the weight it adds.   He also showed me how to properly work with the HAM log APP to make it efficient for SOTA, so I am looking to use that method in the future when my hands are not too frozen to use the iphone for logging.    Had a lot of local contacts directly beneath us on 20, gotta love that LOS etc.  I managed more QSO on RHK then the other three summits, I’m beginning to think it’s operator error.

Since we used KI4SVM rig for the setup here, all I needed to do was grab my pack and drop down and over.  On a good day, with good weather this should take you about 90 minutes, I kept bumping into thru hikers, so I would chit chat while making progress.  It took me just under 2 hours to cover the 4 miles.  Spent about 15 minutes talking to one person about SOTA, and why I always carry an HT even when I am backpacking etc.. So we may have a new operator in our midsts some time soon.   For not having my normal antenna mast, there was a decent enough area to setup between the rock on the summit and a nearby tree.  My EFHW was just long enough to make that span, although I am not sure if it improved my ability to make contacts by much b/c it seemed after an hour EVERYTHING including 2m and my iphone all stopped working right.  Maybe the cold, maybe some other atmospheric condition, but something changed for the negative overall.

I would comment about how pretty this hike is, and if you can get a hike up there in June/July when the Gray’s lily is in bloom (please do not pick it) and when you can see more then 10 feet ahead; it really is an awesome hike, but today, like so many times before when I hit this in early season I was shrouded in the clouds and winds so visibility was non-existent.  .   I’ll be coming back later this year to bag Hump Mountain for sure, so maybe I can get some good images in then, I’ll even do the Carvers gap long approach just for the sake of good views (and maybe images).

As noted above, something changed during the activation, but I did manage enough QSO for a good summit, and as noted the S2S with Pat for a SOTA complete!  anyway QSO info: 2m: KI4SVM, KJ4ZFK KI4AAU, WX4ET (i’ve been trying to contact this guy forever!).  20m: K0RS, K6MW, and K5WLT who happened to hear my CQ.  and 40m: KG3W.  The hike out was more clouds, winds, and chit chatting with the thru hikers.

Just a couple of observations from this and the last couple of East coast trips.  Once you get chased by someone that’s normally out of your reach, they tend to try and extend it when you are back in your home activating region.  Folks that I made QSO with last year when doing W4K/W4V now chase me when I’m on the W6 and other peaks out west, so that is good!  Also have noticed just as a general observation the number of W6, W7W and W7O activators does seem to be increasing, so glad to see that more and more folks in the W regions are getting on the air as well as on the air on summits!!!.  Ham Radio is NOT a dying art.

As always images below, thanks for stopping by, 73 and hope to hear you OTA, or hike with you at some point! 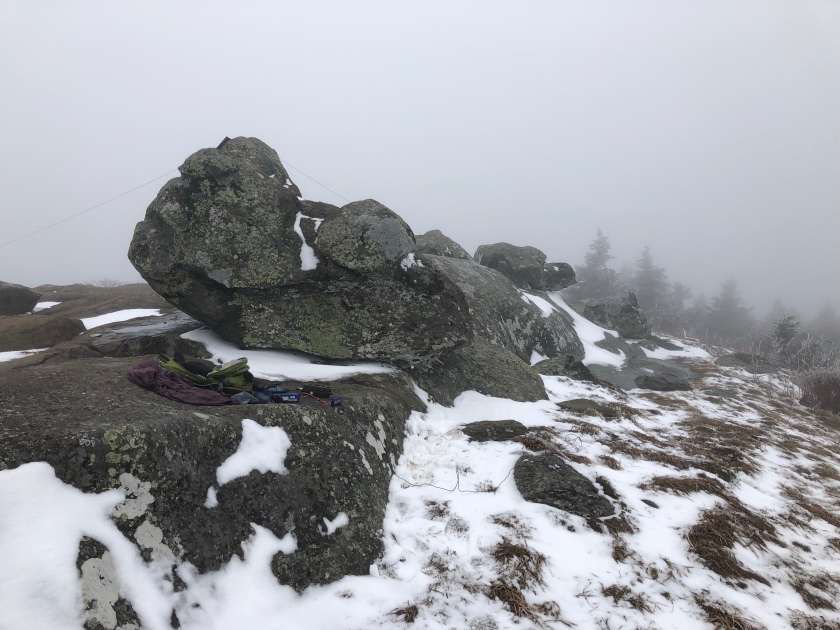 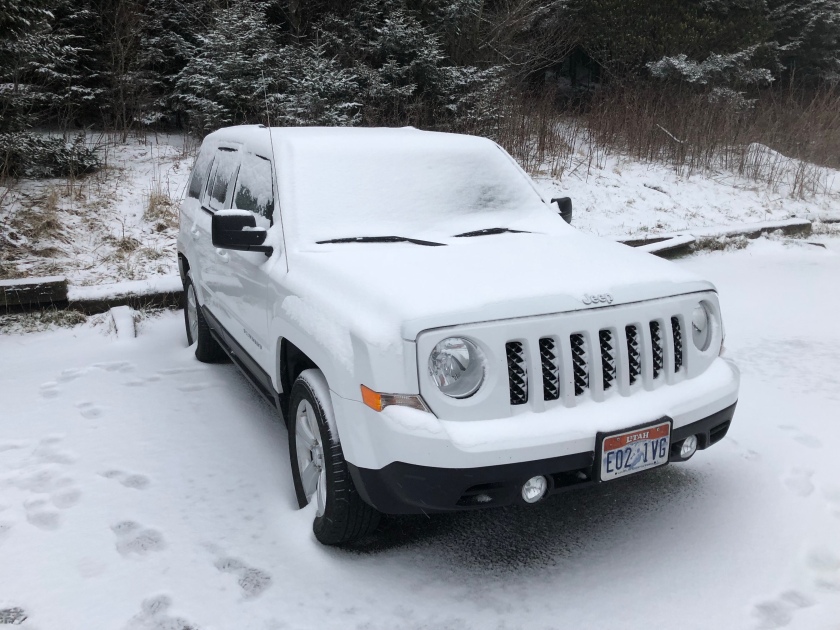 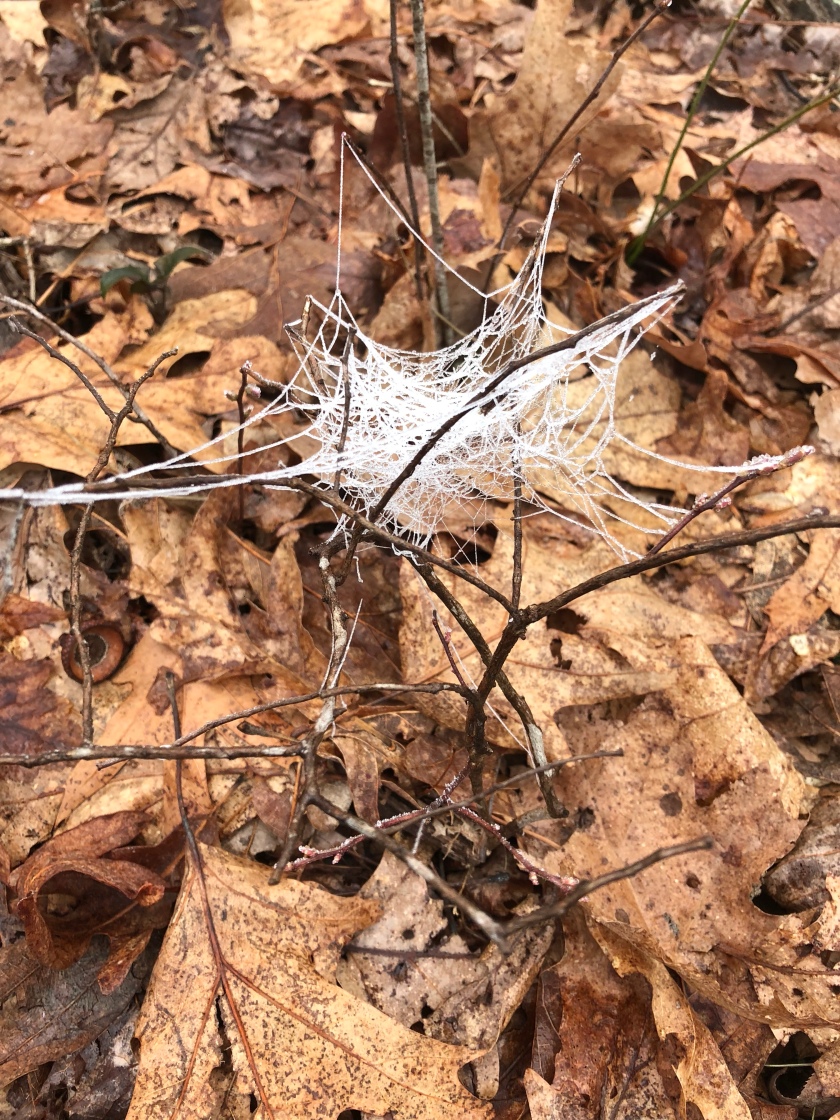 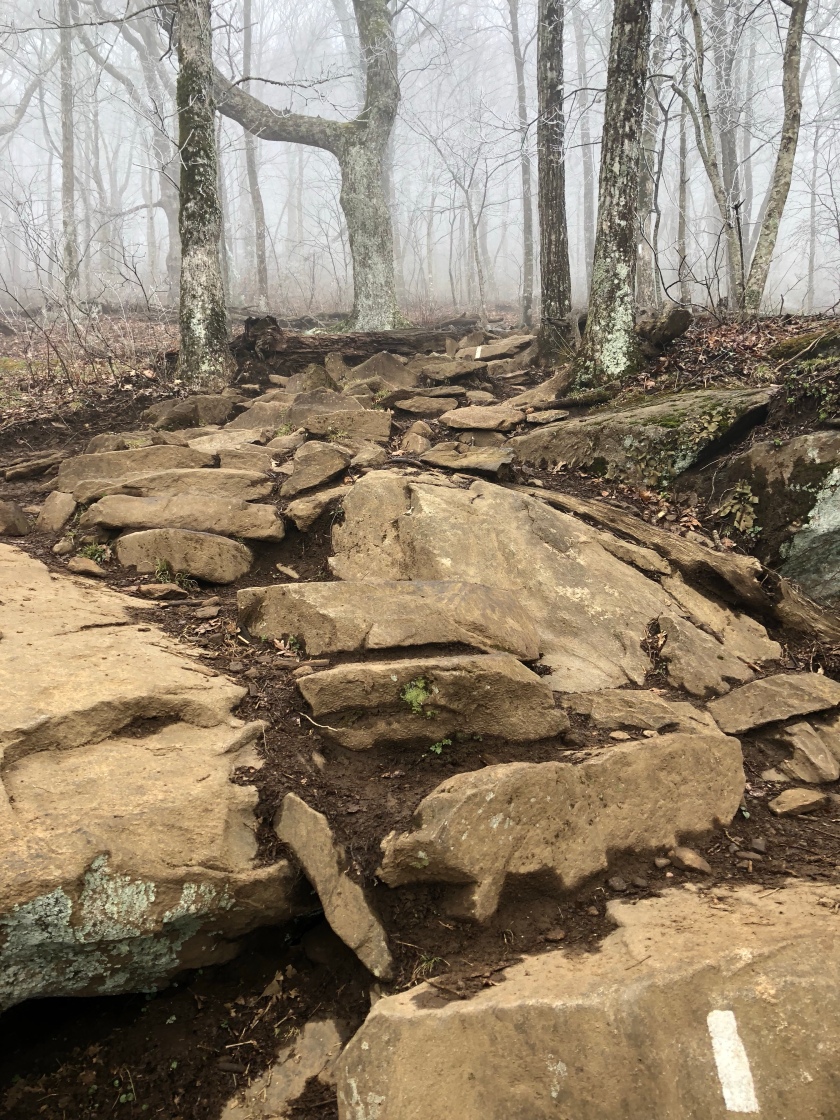 Love playing in the outdoors, Amateur Radio operator. Since I love hiking and bagging peaks, I picked up Summits on the Air back in 2015. Made Mountain Goat (and Shack Sloth) in early 2019. Also do Search and Rescue in the Tahoe Area. Work in the tech industry. View all posts by Backcountry Saunters